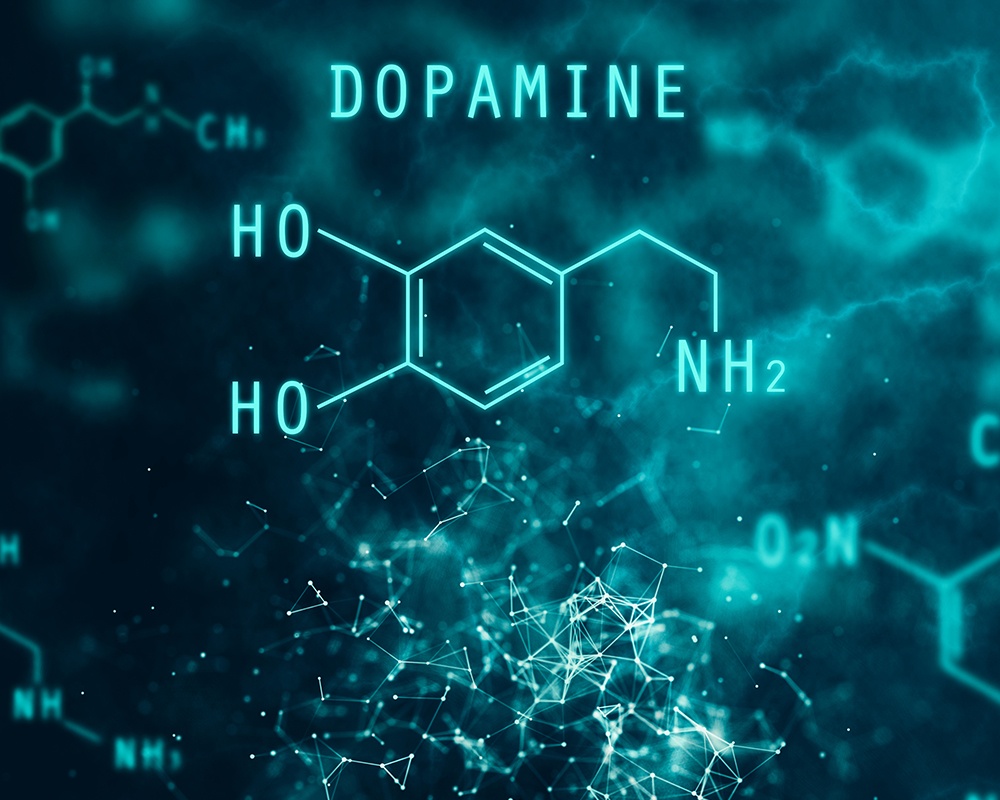 Commonly released by the reward system of the brain, Dopamine is believed to be the primary producer of pleasurable feelings or sensations and is a form of chemical messenger or neurotransmitter. This neurotransmitter can function in multiple different ways depending on where it is activated in the human brain. Dopamine is also considered an inhibitory form of neurotransmitter. But is dopamine an amino acid?

Put simply, Dopamine is involved in many critical functions of the human brain and body such as the regulation of body movements, attention, memory, motivation, and reward. This mechanism of dopamine works because as the large quantities of the said chemical messenger are released into the system, it can provide the person with feelings of reward and pleasure resulting in the motivation to repeat certain actions or behaviors.

On the other end of the equation, dopamine in low levels can lead to feelings of low enthusiasm and decreased motivation for certain activities that would normally result in excitement for other individuals. Dopamine is normally maintained within the recommended range in the human body but with the aforementioned contribution and benefits of dopamine, it is no wonder then that people will likely look for ways to enhance the levels of this chemical compound.

So is dopamine really an amino acid?

Technically speaking, the answer to this question is no. Dopamine is merely the product of its precursor, Tyrosine, which is the actual amino acid in this case. Dopamine, as stated earlier, is a chemical neurotransmitter that has numerous critical functions within the human and body, and brain and as such, it is important that dopamine levels are maintained and supplemented if deemed necessary.

Natural sources of Dopamine and some of its health  benefits

As stated earlier, some individuals may opt to supplement and enhance dopamine levels in their bodies to maximize the benefits of this chemical messenger. Enumerated below are some of the natural sources of dopamine along with its possible health benefits:

1. Exercising often can help boost the levels of Dopamine in the Human Brain

Studies suggest that exercising can help boost the dopamine levels found in the human brain. Aside from being a mood enhancer due to an increase in endorphins, exercise can also be linked to better quality and elevated levels of dopamine. Exercising has also been identified as one of the best therapies for patients with Parkinson’s. Further studies are needed, however, to fully establish the specific effects of exercise on dopamine.

3. Eating a lot of protein rich foods can increase dopamine

Amino acids are the building blocks of protein and one such amino acid, tyrosine, is a major factor in the creation of dopamine. Certain enzymes within the human body can convert tyrosine into dopamine and as such, it is important to have enough amounts of tyrosine in order for the body to produce enough dopamine. Another form of amino acid, phenylalanine, can aid the body’s production of tyrosine. Both phenylalanine and tyrosine are present in significant amounts in protein-rich foods such as legumes, soy, dairy, eggs, beef, and turkey. Evidence suggests that increased intake of both phenylalanine and tyrosine can lead to increased levels of dopamine while reduced levels of the said amino acids can also result in the depletion of dopamine.

4. Eating Velvet beans can aid in raising the levels of dopamine

Mucuna Puriens, also known as Velvet beans, naturally has significant levels of L-Dopa a molecule identified as a dopamine precursor. Evidence suggests that consuming significant levels of velvet beans can help patients suffering from Parkinson’s Disease, a disease that causes disorders in an individual’s movement. Velvet beans and their L-dopa content are believed to be effective in helping people with Parkinson’s disease since the said disease is commonly the result of low or reduced levels of dopamine. It must be noted however that velvet beans can be harmful and toxic if taken in excess. It is always important to follow the prescribed amounts to ensure that the aforementioned risk is avoided.

5. Consuming probiotics can aid in the production of dopamine

More recently, experts have been able to establish a more direct link between the brain and the gut. The human gut has also sometimes been referred to as “the second brain” since it has a large number of cells that are responsible for the production of neurotransmitters which include dopamine. It has now become more apparent that there are certain types of bacteria found in the gut that are capable of producing dopamine which can affect an individual’s behavior and mood. Further research is needed to confirm the exact and specific relationship between gut health, probiotics, and overall mood, data suggests that increased quantities of dopamine were able to significantly lower the symptoms of depression and anxiety.