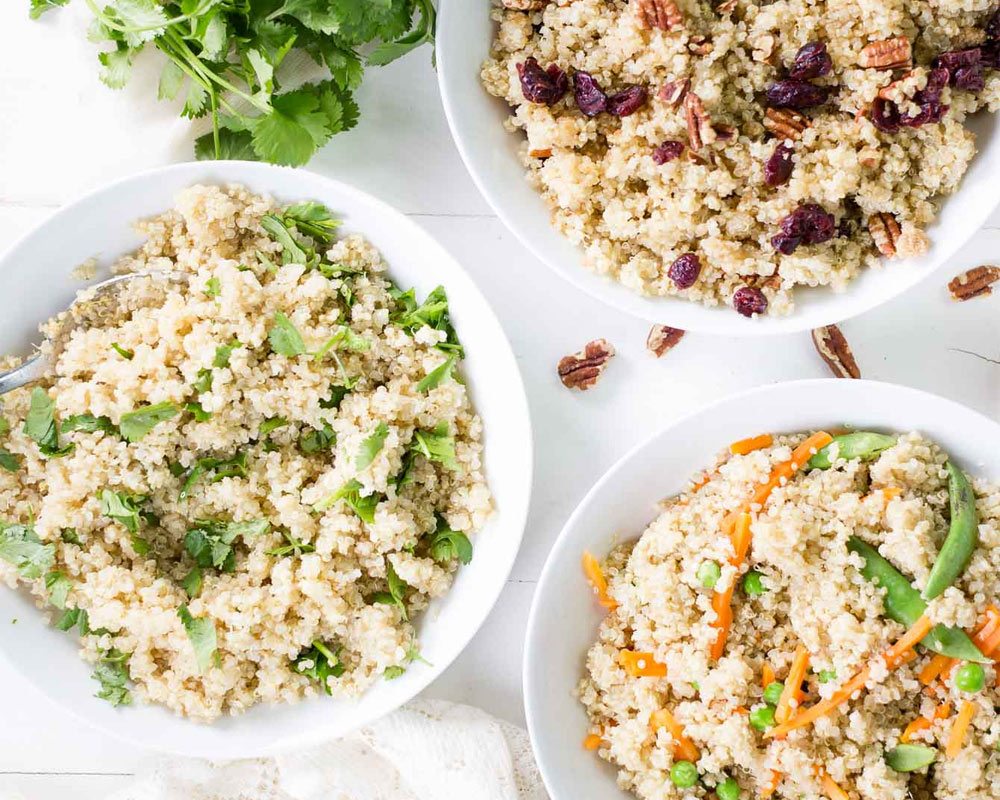 Everyone seems to be having quinoa recently. It is being served as a side dish, main dish, or as an alternative grain for energy-boosting meals. The amazing nutrient profile and versatility of quinoa are to be thanked for its high demand. Quinoa is actually amongst the most sought-after carb sources. If you still do not know what quinoa is great assured that you are not alone as quite an amount of people still think of quinoa as some sort of wheat or rice, especially as its cooking method is similar to that of rice. Quinoa is actually a pseudo-grain or can be considered as a super seed. One thing that may be responsible for the attention given to this super seed is its nutrient profile especially quinoa amino acid. Do you know that quinoa is considered to be a complete protein, meaning it has all nine essential amino acids intact?

In fact, it has a rich supply of a certain amino acid known as lysine which plays a chief role in healing muscles after a workout session. Now that’s not all, quinoa is tailed with lots of healthy living and healing benefits. In recent years, more quinoa recipes have been uploaded on blogs, websites, and social networks. It’s like everyone is trying out quinoa. This high demand motivates the local farmers in North America to market their quinoa produce. As of the year 2010, another amount of quinoa grown locally was below ten percent. The rest were being imported from outside, specifically South America. As a result of the tremendous market demand, quinoa prices have risen from $1.50 per kg to $8. There is a likelihood of this price going up soon. By now you are already excited about this wonder seed, which is making the American market bubble. Let’s look at its nutritional profile now to see if the hassle is really worth it.

Quinoa is said to be an amylaceous grainy raw material with a high carb content. It mainly consists of starch and a little sugar.

It has a higher amount of complete protein, lysine, and methionine compared to traditional cereals like maize, wheat, barley, and rice. It also has a similar lipid composition to the fatty acids found in soybean oil.

1. It has the plant compound kaempferol and quercetin

Knowing the effect real food has on health is more than its minerals and vitamins.

Quinoa has lots of trace nutrients in it which are very healthy. This includes flavonoids, a plant antioxidant that provides several health benefits.

Kaempferol and quercetin are well-studied flavonoids and are surplus in quinoa. The quercetin in quinoa is higher than the regular food rich in quercetin like cranberries.

These vital molecules are shown to perform anti-viral, anti-depressant, anti-cancer, and anti-inflammatory effects in animal research.

By eating quinoa, there will be a significant increase in your total nutrient intake.

Another great benefit quinoa brings is that it has increased fiber content. A study observed four different quinoa varieties within ten to sixteen grams of fibers for every hundred grams.

There are lesser grains in boiled quinoa because it takes in a lot of water. Unfortunately, most of these fibers are not soluble in water and they seem not to have the same benefits as soluble fiber. Soluble fiber assists lower levels of blood sugar, increases fullness, helps in weight loss, and lowers cholesterol.

An effective way to shed off some weight is by consuming fewer calories than your body burns. Some food properties may promote loss of weight either by reducing appetite or boost metabolism.

Quinoa interestingly has several other properties. It is highly proteinous which reduces appetite and increases metabolism significantly.

A high intake of fiber can also make you feel full, this reduces the number of calories eaten. Another point worth considering is that quinoa has a little glycemic index which is associated with low-calorie intake

There is however no much study on quinoa’s effects on the bodyweight but it can be useful in a diet aimed at weight loss.

The high nutrient content of quinoa makes it possible to improve metabolism health. Two studies were done on rats and humans respectively to examine the metabolic effect of quinoa.

The human study discovered that quinoa rather than regular gluten-free pasta and bread significantly lower levels of insulin, triglyceride, and blood sugar.

However, there is a need for more research to be carried out to fully understand quinoa’s effect on metabolism.

A survey done in 2013 showed that 1/3 of the US population are to avoid or minimize gluten. Studies are ongoing on the inclusion of quinoa in gluten sensitivity people’s diets. This will be particularly helpful for those who would not want to stop eating pasta and bread.

Quinoa contains a good quantity of essential amino acids making it a great protein source. Vegans and vegetarians will definitely love including this in their diets.

Quinoa has a low glycemic index. The glycemic index is the measure of food’s ability to increase the level of blood sugar. Food with a high glycemic index can lead to obesity and stimulate hunger. Using quinoa will help you prevent these but note that the amount of carb in quinoa is quite high so people on low carb diet should steer clear of it

you would get a good supply of some important nutrients when you consume quinoa. These minerals include zinc, iron, potassium, and magnesium which are the highest.

But there is a problem and that is quinoa contains phytic acid substrate which can attach to these minerals reducing their absorption. However, this is addressed by sprouting or soaking before cooking to reduce phytic acid. The minerals will then be more bioavailable.

9. It has antioxidant properties

10. Easy to introduce to your diet

A good thing about quinoa is that you can easily incorporate it into your meal plan. This is not necessarily a health benefit but still important and noteworthy.

Depending on your quinoa brand or type, you have to rinse it before use with water, this will help to eliminate saponins and any bitter flavor. Quinoa can be purchased in supermarkets and food stores.

Quinoa ranks high on the list of nutritious and healthiest foods on earth. It is rich in minerals, antioxidants, and fibers. People say it is the best carb source ever.

This pseudo-grain can improve cholesterol levels, weight loss, and blood sugar. Another benefit is that it contains no gluten, is versatile, and easy to make. This means that those with gluten allergies or celiac disease can comfortably use quinoa. A lot of recipes accommodate this super seed making it versatile too.

Quinoa amino acid content gives it added benefit and makes it worth considering. However, remember that if you will be adding quinoa to your diet, it is important to include other food sources. The key to healthy living is maintaining a good and balanced diet.