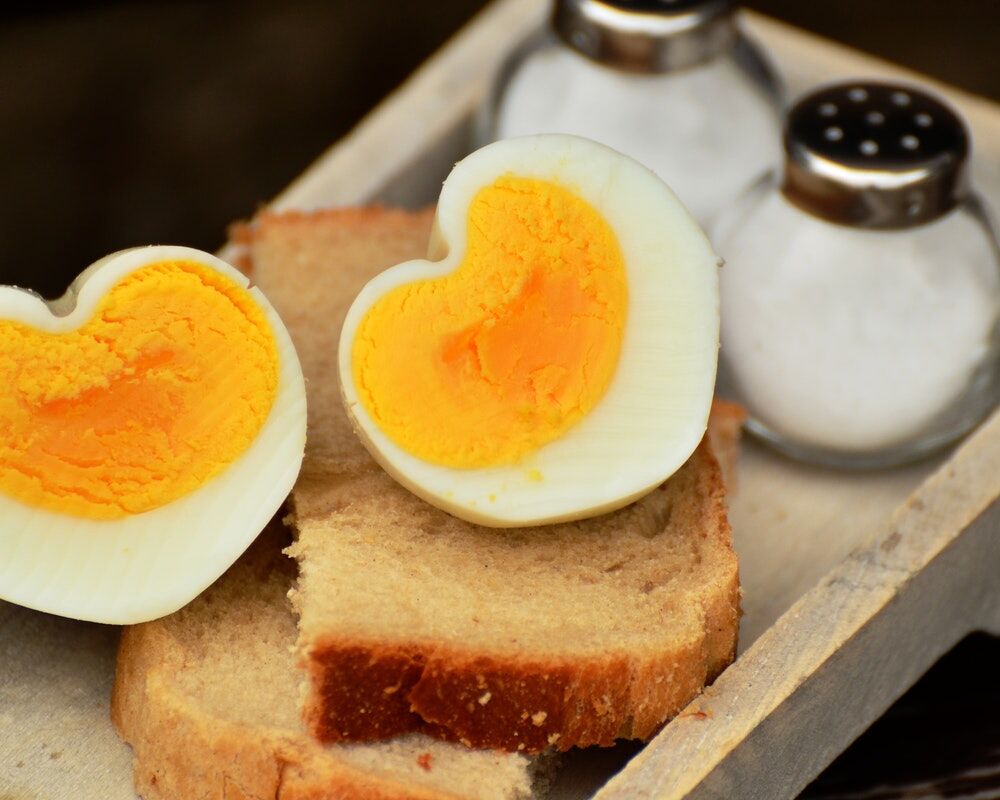 Threonine is an amino acid, a building blocks of proteins. As it is among the 10 essential amino acids, your body can’t make threonine on its own. You need to get from food instead.

Before heading to the best sources of threonine, let’s first discuss what its benefits are.

What Are the Benefits of Threonine?

1. Essential for Vitamin B12 production

Threonine plays an important in antibody production. A study from Ajinomoto showed that gestating sows fed with threonine have higher antigen levels and gamma immunoglobulin in plasma. (En.ajinomoto-animalnutrition-emea.com, 2019)

Threonine works with other amino acids such as methionine and aspartic acid to build lipotropic function or digestion of fats. Without threonine, fats could accumulate in the liver, thereby causing fatty liver and thus liver failure.

Celiac disease refers to an autoimmune disorder that causes gluten indigestion and finally small intestine damage. Patients who add 2000-4000 mg of threonine in their diets lead them to eat wheat without suffering celiac disease. (Healthifybody.com, 2019)

Research has shown that threonine may treat Lou Gehrig’s disease or Amyotrophic Lateral Sclerosis (ALS) that is a degenerative motor neuron disease. ALS characterizes symptoms such as tight muscles, trouble swallowing, chewing, nasal and slurred speech. In late stages, cognitive abilities remain intact but dementia can be possible. A double-blind study and open trials showed that threonine improved the ALS symptoms although some other research didn’t show some improvement. (6)

7. Contributes to the normal function of intestines

Threonine keeps connective muscles and tissues strong by assisting other amino acids in the production of muscle tissue, collagen, and elastin.

This amino acid shows potential in speeding up wound healing by supporting the production of muscle tissue, collagen, and elastin.

Threonine can increase the building blocks of neurotransmitters in the central nervous system thus alleviating stress and anxiety.

Through gluconeogenesis( the formation of new glucose), threonine proves useful in stabilizing blood sugar. The amino acid stabilizes the blood sugar level by maintaining the balance between glucose and insulin.

12. Useful in the Krebs cycle

Threonine is useful in the Krebs cycle that is a chemical procedure used by cells to produce energy.

People with celiac disease can get benefit from threonine due to the effects of the amino acid on relining the mucus coating on the intestinal tract.

What Are the Food Sources of Threonine?

You can get a boost of this amino acid through supplements. For best results take a dose of 100-500 mg daily and take threonine with niacin, vitamin B6 and magnesium. Of course, you need to speak with your doctor first before you take any type of supplement.

Are There Any Side Effects?

Threonine poses low toxicity or hazard although its excessive intake may cause nausea, headache, stomach upset, disrupted liver function, excess urea, fatty liver, and skin rash. The threonine side effects are largely unknown on pregnant women so it’s best to avoid threonine supplements. If you are allergic to threonine, you should avoid taking foods high on it or its supplements. Generally, most studies confirm that threonine poses the least toxic among amino acids.

Are There Any Interactions with Other Drugs?

Threonine may interact with other drugs or agents used to treat Alzheimer’s disease, stomach disorders, stuffy nose, and high cholesterol conditions. It may also interact with pain relievers, medroxyprogesterone acetate ( a hormone for birth control) and NMDA antagonist ( a type of ).

What Are Its Specific Efficacies?

Based on confirmed studies, threonine may or may not be effective for some specific use, condition or ailments.

Threonine has good scientific evidence for the following use:

Threonine has unclear scientific evidence (more research needed) for the following use:

Threonine is an essential amino acid is vital for the normal function of your body. A deficiency of threonine, although rare, may lead to fatty liver, intestinal problems, and increased stress. 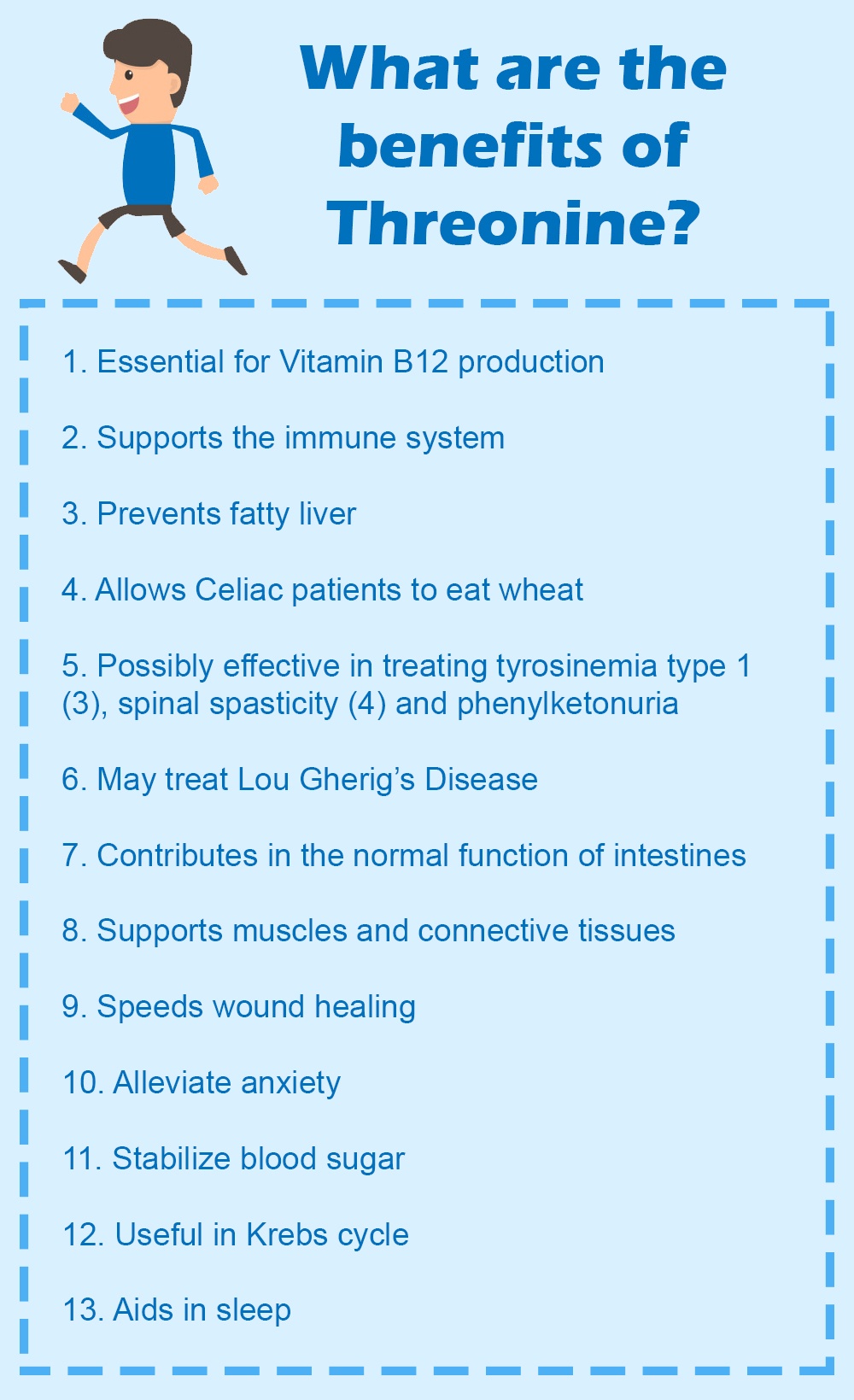