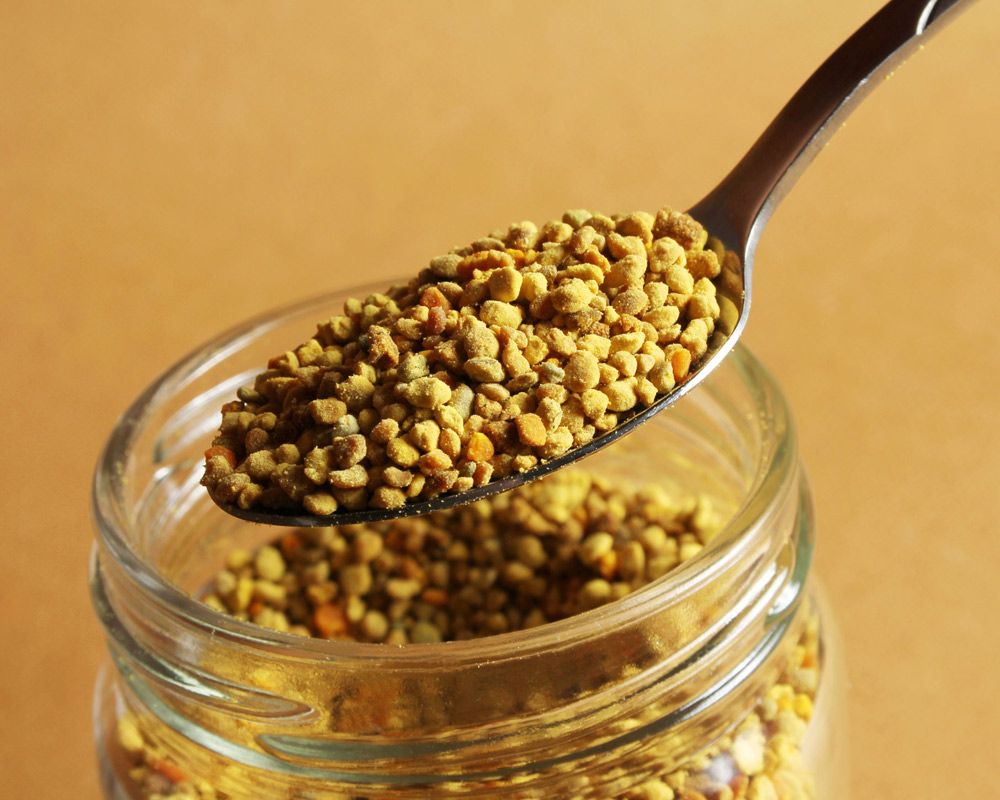 Have you considered bee pollen supplements? Honey is often considered as a food source since it is high in antioxidants and is loaded with other nutrients. There’s no question that honey is one of the world’s healthiest foods. It is also a good substitute for white sugar since it’s a whole food. Raw honey is even healthier. However, you might consider supplements that include pollen, which is the stuff bees collect from flowers then make their famous sweet food. Most of us don’t know about the protein or amino acid content.

Bee-sourced pollen is often considered to be a superfood. It can cure just about anything that ails you and boost lifespan. However, as always, it is good to take a closer look and find out whether or not there’s any scientific proof the stuff can provide such benefits. That said, consider that honey can last thousands of years. There might be some nutritional value in the substance used to make the bee food. Pollen is usually something that many people want to avoid since high levels can cause allergic reactions. However, bee pollen might have health benefits.

Fun Fact: The world’s oldest honey pot was discovered in the nation of Georgia and contains honey about 5,500 years old.

What Exactly Is Bee Pollen?

This pollen is known to have various health benefits. They include preventing or even cure illnesses/diseases.

It’s worth noting that there isn’t much scientific evidence that the pollen can provide these benefits. That said, there doesn’t seem to be many negative effects from taking the substance. The main exception is people who are allergic to bee stings.

It also turns out that there seems to be some nutritional value in bee pollen. Whether it can cure all sorts of illnesses/diseases is quite another story. However, many people who take such supplements claim that it can provide several health benefits.

The bee-based pollen is available in several forms, like pills, powder, granule, and liquid. These give you many options, but please note to pick which best suits your needs. For example, if you want to consume the pollen with shakes and smoothies, then a powder form would be ideal. If you want convenience, then a capsule form would be better.

There are pros and cons of each form, so you should weigh them to pick the best one for your particular needs.

Granules are one of its interesting forms. The reason is that bees produce them so they can provide food for their bee colonies. You should go for organic when picking bee pollen products. Those are collected from regions that aren’t affected by air pollution, herbicides, and pesticides.

Here’s how the process works. When bees gather pollen they utilize flower nectar and the sweet honey from sacs to connect the pollen to form granules. Then they take those granules to the beehives. The bees add a special enzyme so it can be processed easier by the bees living in the hive.

Here’s what you get form 1 tablespoon of bee pollen:

There are just 16 calories, which isn’t much on a 2,000-calorie diet. Keep in mind though you should also add up the calories you consume during the whole day. This is just one food that you might consume between meals, for example. It’s still a low amount compared to other food.

You get about 2.2g of carbs from the pollen, which is quite low. It qualifies it as a low-carb food and Keto-friendly. Counting carbs is important when you’re on a low-carb diet. This helps to make sure you don’t pass your daily limit, which is often 50g on a standard Keto or Atkins diet, for example.

Here’s the big question. You get 1.2g of protein from bee pollen. It’s not sky-high but consider that it’s just one tablespoon. You can get more protein throughout the day from various other food sources. They include meat, fish, eggs, grains, beans, and dairy.

The fat content is quite low for the pollen. There’s just 0.2g of fat, which is rock-bottom. It’s about as close to fat-free you can get without there being 0g of fat.

If you’re on a diet like Keto or Atkins you should make sure you’re getting enough fat from other food sources. Some good options include fatty fish, avocados, nuts/seeds, coconut oil, and dairy.

This is another important issue to take up in terms of the pollens’ nutritional value. The pollen is a complete protein so you’ll get all 9 EAAs in the food.

This is critical to make sure you get enough of all the EAAs needed from food/supplements during the day. There are a total of 20 amino acids. 9 are essential and 11 are non-essential. The NEAAs are produced by the body naturally.

The pollen has a sky-high amount of antioxidants. This is like honey, which is also high in antioxidants. These are important because they fight off “free radical “molecules that attack healthy cells. This can lead to various illnesses and diseases that you’ll want to avoid.

Various studies show that pollen’s antioxidants can help to deal with different possible health issues. They include bacteria, infections, inflammation, and tumors. These are stuff you’ll want to fight off because they can cause health issues.

There’s some proof that the pollen might also help to protect and detoxify the liver. This is important because it’s the main job of the vital organ. In animal studies, the pollen increased the organ’s antioxidants and remove unwanted wastes. This can help the liver function better.

Studies show that the pollen might also help to lower blood pressure. This is critical because it might help to lower the risk of heart disease. This is the top cause of death throughout the world. So it’s very important to take steps to lower your risk.

For example, the pollen seems to help to reduce clogged arteries. This was done by lowering blood cholesterol. That in turn helps to provide health benefits including a lower risk of heart disease.

Another benefit is the pollens’ antioxidants might help to keep “lipids” from being negatively affected by oxygen. When that happens, they stick together. That causes blood vessels to narrow and boosts the risk of heart disease.

The pollen has an amazing 250+ active substances, which qualifies it as a superfood. This includes lots of stuff like:

This is all the stuff the human body needs to function properly. It’s quite incredible that you can get so much nutrition from stuff that often makes people sneeze in the springtime when they breathe in bee pollen.