Methionine is an essential amino acid group that must be obtained from food sources.

Like cysteine, methionine contains sulfur and benefits the body through angiogenesis or the process of new blood vessel formation from pre-existing vessels. In 1921, John Howard Mueller first isolated methionine.

What are the Benefits of Methionine?

What are the Food Sources?

The following foods are high in sulfur:

The following are high in methionine:

Safety: Is It Risky to Take Too Much Methionine?

It is possible the amino acid is unsafe if you exceed limits. Some sources tell that it is potentially unsafe for infants. The amino acid may also cause acidosis or change in blood acidity and increased homocysteine levels (too much of this chemical is linked to blood and heart vessels diseases). It may also lead to symptoms similar to schizophrenia such as delirium, confusion, listlessness, and agitation.

One study concluded that decreased calorie intake specifically for methionine increased the lifespan of some laboratory animals such as fruit flies and mice.

Methionine is one of the essential amino acids important for normal body metabolism and function. Too much intake and medication may lead to bad effects on your body. Some studies made that confirms or supports the beneficial or bad effects of methionine still need further clinical trials, study, and research to clear confusion and doubt. Before taking methionine supplements, consult your first your physician. 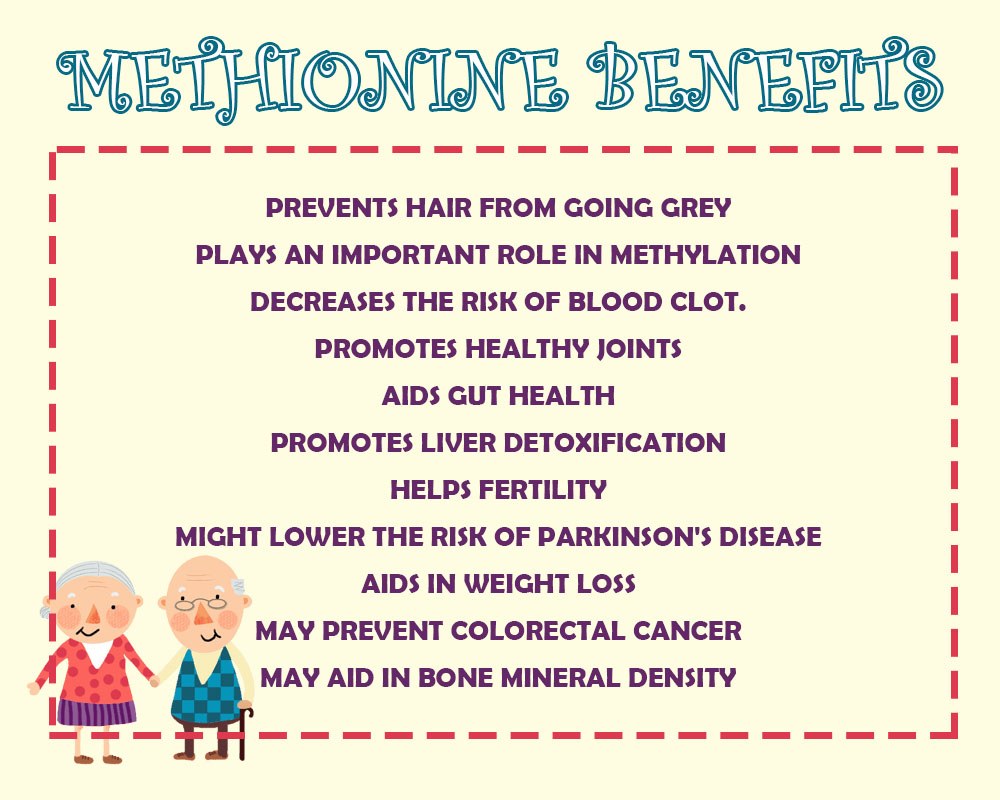