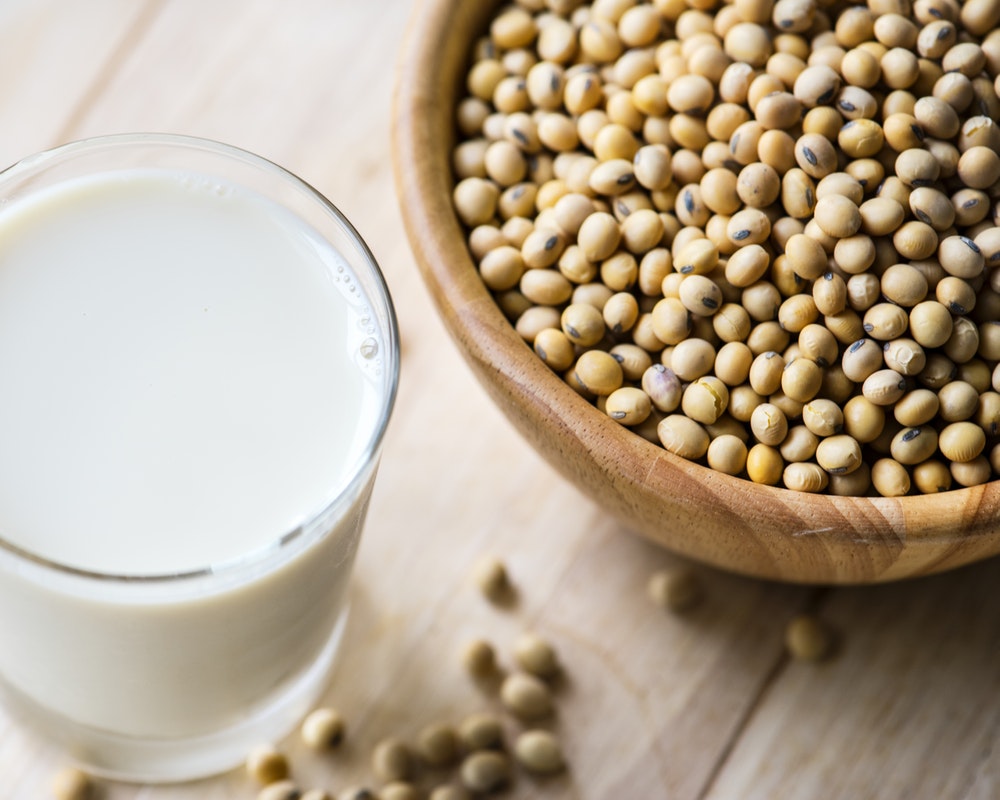 Sulfur is a nutrient that is required for optimal health. It has very important roles in terms of liver function and the overall wellness of joint cartilages and the keratin of the hair and skin. Evidence also suggests that sulfur can aid in metabolism, anti-oxidation and helps fights against the onset of brain aging.

It has also been observed that some of the healthiest peoples on earth are the those with high levels of sulfur exposure. These cultures are observed to have lower incidences of depression, obesity, and diabetes.

Sulfur has a number of health benefits and being sulfur deficient may have adverse effects on an individual’s health. It is not surprising then to think about foods that are rich in sulfur and why you should be eating more of them.

The Health Benefits of Sulfur

Sulfur amino acids are very important to maintain the core cellular systems and functions of the body. They can greatly enhance the ability to produce glutathione and remove harmful toxins from the body. Glutathione, which can be easily produced with sulfur amino acids, helps in increasing energy levels, reduces the speed of the aging process, alleviates joint and muscle pain, improves the function of the immune system, enhances an individual’s mental state and focus, improve sleep quality, enhance skin condition and better athletic performance.

Foods That Are Rich in Sulfur

Foods that rich in sulfur amino acids are usually found in plant-based foods of the allium family. They contain allyl sulfides and sulfoxides and can significantly provide some of the health benefits stated earlier. There are a number of animal-based food items that are rich in sulfur amino acids as well. Listed below are some of these food items:

These vegetables include broccoli, cauliflower, cabbage, kale, Brussels sprouts, turnips, bok choy and kohlrabi and contain significant amounts of glucosinolates which are sulfur-containing substances that are currently being closely studied for possible anticancer properties.

Allium vegetables cover some of the more common vegetables available in every person’s kitchen. These include garlic, onions, leeks and chives. The aforementioned allium vegetables contain organosulfur compounds or organic compounds that contain sulfur and may aid in preventing the development of cancer particularly esophageal cancer, colon cancer, stomach cancer, breast cancer and lung cancer. Although further clinical studies are needed to establish the anticancer properties of these allium vegetables, current tests are highly promising.

People usually think of eggs being protein-rich but they are actually also rich in sulfur. Egg yolks can provide around 0.6 grams of sulfur while egg whites have around 0.125 grams of sulfur. Regularly eating eggs such as boiled or poached eggs can give you that much-needed boost in your sulfur intake.

Aside from their other health-giving benefits such as aiding the body in fighting against infectious diseases, flax seeds can provide the body with significant levels of sulfur and omega-3 fatty acids. These substances can help with better and improved brain function and liver metabolism.

While vegans may cringe at the thought of consuming red meat, it is an indisputable fact that red meats contain levels of sulfur that can be highly beneficial to person’s health and wellness. Beef and mutton, however, have particularly higher levels of sulfur compared with other red meat options.

Legumes are an exceptional source of sulfur. Examples of legumes with sulfur content are lentils, dried beans and soybeans and they are particularly effective in maintaining healthy glowing skin and the preservation of the body’s cells, thereby slowing down the aging process.

Products like milk, cheese, and sour cream have sulfur contents in desirable amounts. Aside from their high protein and calcium content, their sulfur content works synergistically with the aforementioned minerals to better help the body in the development and enhancement of connective tissues and joints. Including dairy products to your daily diet can really address an individual’s sulfur deficiency.

It may come as a surprise to most people but some fruits do indeed have sulfur content. Fruits such as bananas, coconuts, and watermelons have significant levels of sulfur which can help address the sulfur deficiency. In addition, fruits are tasty snack items that can conveniently be taken during moments of food cravings and sudden onset of hunger.

Various seafood such as crabs, lobsters, and shrimp are full of sulfur content. For example, ten (10) pieces of steamed scallops contain around 510 mg of sulfur. However, it must be noted that some seafood may cause allergies in individuals that are more prone to allergic reactions. In such cases, it may be best to limit the consumption of seafood for increased sulfur intake. Other options such as the other food items on this list, can instead be taken by individuals suffering from sulfur deficiency. Food items such as red meats and vegetables can be viable alternatives to people allergic to seafood.

Sulfur is an indispensable amino acid essential for the body’s healthy functions. Sulfur amino acids aids in the body’s different biochemical reactions such as protein synthesis and muscle and tissue growth. Deficiency in sulfur can lead to some serious adverse health effects such as fatigue, depression, degenerative diseases and higher sensitivity to physical and psychological stress. For a multitude of varied reasons and as enumerated above, it is important to consume sulfur rich foods to help avoid sulfur deficiency and maintain overall health, wellness and an acceptable quality of life. There are indeed enough reasons to consume sulfur-rich foods! 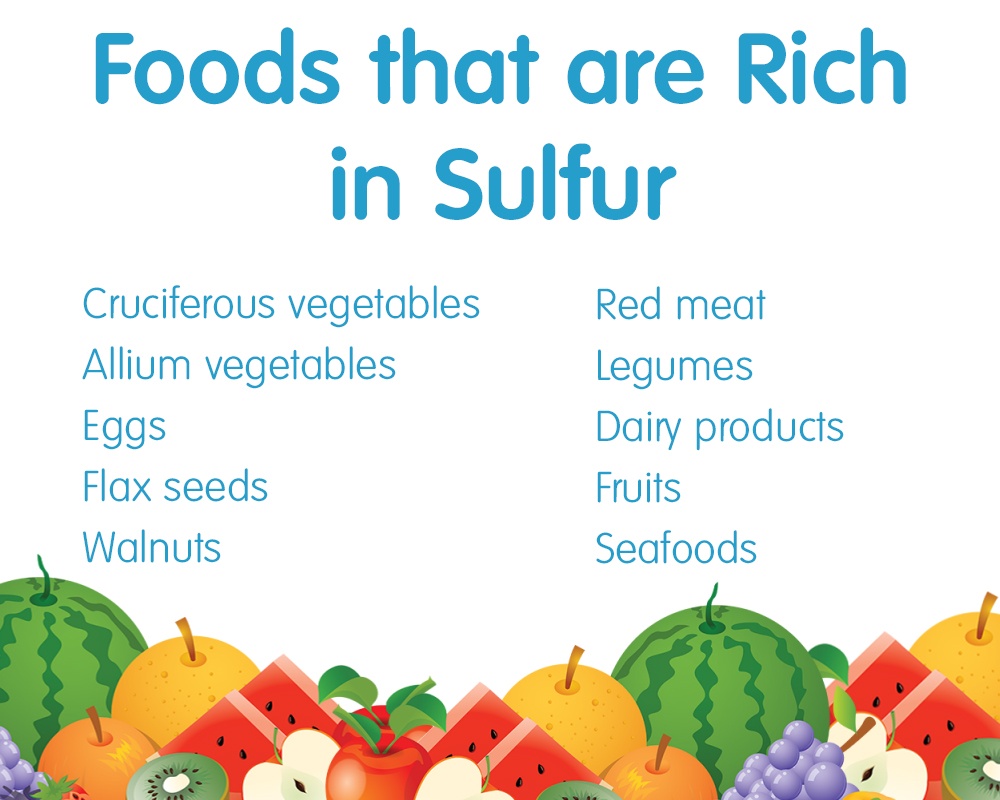